How to Be a Little Less Conflict-Avoidant 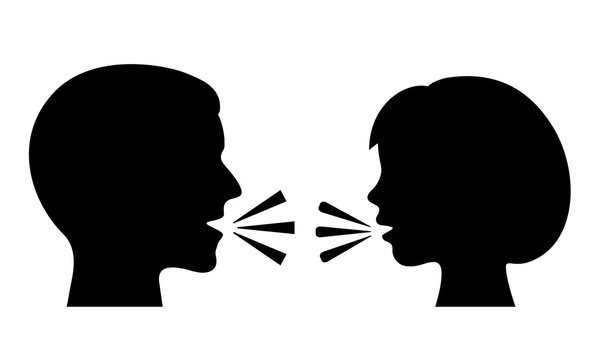 Frank and Natalia, Heads of separate business units in a biotech firm, are collaborating on a strategic global project. Frank has prepared the monthly Powerpoint update to the Executive Team. He’s partnering with an external vendor who has given the slide updates a polished, highly visual look. Text has been reduced to minimal bullet points. Frank is thrilled.

The day before the presentation, Natalia – who has been subsumed with departmental fire-fighting and had no time to hand in her slides or co-craft the presentation – submits the information she wants included the slide deck. Natalia’s additions are wordy, unwieldy, way too detailed. They in no way mesh with the presentation that was just created.

And it’s not the first time Natalia has enraged him.

Conflict cannot survive without your participation."

We all have different inclinations about how to act in such a situation. The Thomas-Kilmann Inventory (TKI) is a prominent instrument that delineates most individuals’ preferred conflict-engagement styles. According to the TKI, 5 major human tendencies may come into play when we find ourselves in conflict with others. There is avoiding conflict altogether. Accommodating the other party. Competing. Compromising. And collaborating.

I have already tried to collaborate with Natalia, Frank might think to himself. She’s completely unavailable.

I’m not here to tell Frank what to do. If you’re a competer, chances are you will exacerbate a dilemma and not resolve it. If you’re prone to avoiding and accommodating, you’re likely to fuel your inner rage. And if you lean toward compromise (that thing Mom and Dad instilled in us as the always desirable outcome), you’re likely to feel deflated and unhappy, most of the time.

Let us consider another path, shall we! It is predicated on the belief that habitual avoidance never works. And it affirms that conversation is invariably a good thing.

5 Tips to Lessen Our Conflict Avoidance

Labeling a conversation as “addressing a conflict” is loaded. So unload your conversation. Semantics matter. Unload it from this label or equally charged synonyms. You’re not here to have a difficult conversation. A crucial conversation. A showdown. Overcome a challenge.

2. Prepare for the conversation

If the situation you plan to discuss with your colleague makes you nervous, has caused you anxiety or propelled obsessive thinking within you, it may be helpful to write down in advance what you wish to say in this conversation. The act of writing tends to immediately calm us down. It helps us think of the simplest, cleanest, least verbose way of expressing what’s on our mind. We are literally gathering our thoughts. And we’re likely catching any language that might sound inflammatory and not helpful in the conversation.

Important: Just because we wrote it down doesn’t mean we have to exactly say it that way. Do not “cling to your script.” Trust that the right words will be uttered in the moment, informed by the preparatory writing you did.

An I-Statement is the simplest, cleanest and most powerful way of saying something that feels hard to express. Here is the structure of an I-Statement:

Were Frank to use an I-Statement with Natalia, it might go something like this: I get very frustrated when you hand in your materials at the last minute because it causes us to totally change something that several of us have worked hard on and necessitates hours of additional work.

The key to a successful I-Statement is that we deliver it calmly and matter-of-factly. Voices are not raised. Because it focuses on OUR experience, it is hard for the other person to argue with an I-Statement. The beauty and power of the third leg of the statement is that it invites other persons to think of the impact of their behavior on us – something likely not in their consciousness while they were behaving as they were.

4. Listen to their story

This is often the most difficult part in any conversation, especially when we feel slighted by another person, mistreated or misunderstood. We want to keep talking and talking and talking until we know that they GOT IT. Fully understand how infuriating their behavior has been to us.

Stop. Shut up and listen and allow the other person to tell you about their challenges and frustrations. It’s really not that hard. Stop talking. Choose to be curious. Listen. You don’t need to agree or disagree with anything in this very moment. Don’t need to argue or rebut. Simply stop talking and listen.

You may find yourself entering the conversation with a very clear notion of the 3 action items that would instantly solve a dilemma. You know exactly what things you want the other person to do differently. You’re itching to say Look, here’s what I need from you. Got it?

You’re allowed to ask for those things, of course. But why not simply allow a potential outcome to come from the other person? What might we do differently going forward? is a powerful question. It’s not What can YOU do differently? (potential attack). The we-version is collaborative. It invites a path forward; it doesn’t force it. And when the path comes from the other person, s/he is way more likely to commit to it.

The ultimate non-forcing? It has been drilled into us that a conversation needs to end with action outcomes. Perhaps what was needed, in this particular moment, was just the conversation. More time to think, perhaps. Another follow-up conversation, perhaps. No forced outcomes. How liberating is that.

So it’s not really that hard.

We’re merely having a conversation. Drop the stories in your head that heighten the mental drama around a chat: We’re resolving a conflict. We’re having a difficult conversation. This will be a showdown.

We’re simply having a conversation. I’m here to share my perspective and listen. I will do so with a measure of skill and hopefully kindness.

That’s it. There may actually be no conflict. Go figure.