Do You HEAR With Your THIRD EAR? 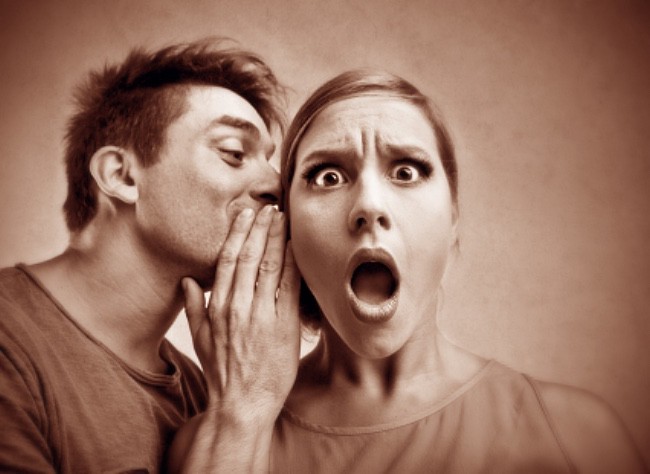 I interviewed the writer Stephen Kuusisto for my Podcast last week (our chat will be released on 5/26/22). Stephen is well-known for his bestselling memoir Planet of the Blind that describes his experience of accepting his blindness while in his 30s.

Planet of the Blind landed Stephen on Oprah, on 48 Hours and major media all over the world. What really got me thinking, however, is the title of Stephen’s second memoir: Eavesdropping: A Memoir of Blindness and Listening.

It makes sense that if our ability to see is diminished, how we listen will change. Right?

Stephen’s book title makes me think of Joyce F. Brown. Brown is the president of the Fashion Institute of Technology in Manhattan, one of the preeminent US breeding grounds for future fashionistas. Ms. Brown is also a psychologist. When asked by The New York Times, a few years back, about what helps her be a successful leader, Ms. Brown replied with little hesitation: I am convinced that I have a Third Ear.

I have always loved the notion of a Third Eye. But a Third Ear?

“I had to slow down. If I was going to listen to Venice properly, I needed to hear the cadence of the place. I needed to stand still.”

According to Hindu and Buddhist lore, we all have 7 chakras or energy centers. The Third Eye is one of these energy centers. Sits right in the center of our forehead, smack above our eyebrows. It is the place in our body that links us to our intuition and any psychic powers we may possess. Powerful.

The Third Ear, Joyce F. Brown suggests, is the ear that hears the nuances.

I think of how tough it can be to hear nuance in this time of over-packaged and over-calculated communication, both in the public media and corporate messaging. So when we consider the nuances of Third-Ear-listening, what sort of nuances are we talking about?

Nuance IN the spoken word

A couple of years back I was settling into a seat on Virgin Air, getting situated for a long flight from Ft. Lauderdale to Los Angeles. A fellow strolls by, stops, glances at the seat next to mine and then announces: We’re neighboring.

Wow, I think to myself, what a cool phrase that is. Neighboring. A phrase full of nuance and surprise. The nuance of that word choice says much about the fellow who uttered it. We quickly engage. In the pantheon of my many in-flight conversations with random seat mates, this chat with Mark turns out to be, hands-down, the most enriching one I have ever had. It began with his utterance of a nuanced word. The nuance was an invitation. I noticed.

Nuance in what ISN’T said

You have had this conversation, right? Your boss offers you a compliment, and she offers it with a good deal of zest: You did a fine job with this report! Nice, until we hear the words that weren’t said. It wasn’t You did a superb job! It wasn’t You did an outstanding job!

Nuance BENEATH the spoken word

In the early 90s, I was trained at the Brooklyn Courts to become a mediator. I value this training more than my Organizational Psychology degree or most other formal learning opportunities I’ve had.

The crux of what I learned: In any remotely difficult conversation, certain core emotions are likely bubbling below the surface. Anger. Frustration. Sadness. Regret. Sometimes these emotions are explicitly expressed through words. Most of the time they are contained. They are always the real language behind the conversation. Mediators learn to stay neutral – and look for the emotions that dance right below the spoken word.

Want to positively shape a conversation? Just like a mediator, activate your Third Ear. Hear the emotion that is covered up. When we hear a buried emotion, we start to hear ALL that wants to be revealed.

Nuance INSIDE our own head

It would be marvelous if we listened “in neutral.” You know - clear mind, full focus on the other. Any ability to hear nuance is hampered by the incessant chatter in our head. Constant interference. Ceaseless. Brutal. While we project the illusion of listening by not speaking as the other person talks, our mind is usually chattering non-stop. He’s so full of crap. I wish she would stop talking already. No way in hell. Will it be sushi or steak tonight?

Relentless. Mind chatter is such standard practice we don’t even notice anymore. Want to hear more of what the other person is saying? Start by noticing the nuances in your own head. I use the word nuance, but sometimes these nuances aren’t subtle. They scream. Notice, and turn down the volume.

Begin with the basics. The obvious stuff. Don’t interrupt others. Show via your answer that you have heard. Remember. Listen without impatience.

And ultimately, the ear that summons better action. You want that, right?