When 2 Are Better Than 1 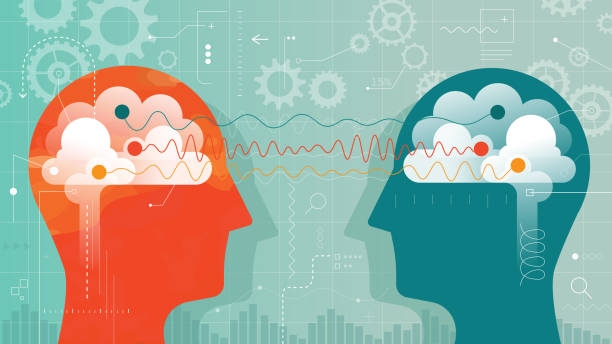 Mr. Bower may have to eat his words. Because it often does.

While some well-known companies with Co-CEOS – the software company SAP and Chipotle Mexican Grill immediately come to mind – have not performed all that well in times of stress, the findings by Marc A. Feigen, Michael Jenkins, and Anton Warendh, as disseminated in the current issue of Harvard Business Review (“Is It Time to Consider Co-CEOs?,” HBR, July/August 2022) tell a different story.

Faigen, Jenkins and Warendh examined data from 87 public companies that identify their leaders as Co-CEOs. The authors found that these firms, on average, tend to produce considerably more value for shareholders than their peers do. While Co-CEOs were in charge, they generated an average shareholder return of 9.5% per year - significantly more than the average of 6.9% for traditionally led companies.

Co-leadership should permeate every organization at every level.”

David A. Heenan, Co-Author with Warren Bennis of Co-Leaders: The Power of Great Partnerships

Having Co-CEOs is not the right solution for every company. Anyone who has ever had to co-lead any sort of initiative with another person likely remembers just how challenging many aspects of the endeavor were.

The advantages of having Co-CEOs, nevertheless, seem blatantly obvious. Co-CEOs can bring deep and diverse competencies, backgrounds and perspectives to the job. They can be in two places at once – literally so. They can form a potent left-brain/right-brain partnership. Together, they can much more effectively master the increasingly complex corporate functions that CEOs today are expected to manage.

How do companies ensure that Co-CEOship succeeds? What are some key factors that set Co-CEOs up to deliver on the tantalizing premise that 2 are, indeed, better than 1?

I cherish the very practical guidelines proposed by the HBR authors. Whether or not you actually are a CEO or Co-CEO, consider how these suggestions apply to any scenario or circumstance in which you are asked to co-lead with another human.

It sounds obvious, doesn’t it? But please think of the many situations in your life when you may have been asked to co-lead a project, and either you, your partner, or both of you did not truly wish to share leadership.

Don’t fake your way around this one. It is the prerequisite for all the rest.

2. We Have Shared Values.

Co-CEOs fail when they have different values. We have taken the time to clearly articulate our values to each other. Our values are conscious to ourselves and our co-leader. We both understand that if we wish to succeed, honesty, trust, respect and the willingness to compromise need to be among the core values we share.

3. Our Skill Sets Are Complementary.

I think of a classic hiring dilemma: You have 2 great finalists for a key role. They both are supremely qualified candidates. They each bring their own unique set of expertise and perhaps a different sort of leadership style to the role. You secretly think to yourself, I wish I could grab the best of each person and merge it into one.

The scenario screams potential Co-CEOship, doesn’t it? We don’t get “2 is better than 1” if the two individuals seem like mirror images of each other. We don’t get the expanded thinking, the augmented areas of expertise, the bigger performance range. Furthermore, the more complementary the skills sets are, the less likely it is the leaders will have major conflicts with each other.

4. We Understand Our Responsibilities

Being Co-CEOs does NOT mean we act like Siamese twins who do everything together. The opposite is usually true. We have distinct portfolios that we own. We get to devote quality time to these portfolios. The portfolios are aligned with our strengths.

We touch base with each other frequently. And we have agreed on which decisions have to be made jointly and which each of the Co-CEOs can make on their own. This is how we maximize the power of being able to be in two places at once.

5. We Have Mechanisms for Resolving Conflict.

We understand that we will have disagreements. We actually welcome those disagreements. We have prepared for those moments in advance by agreeing to how we plan to communicate with each other when we strongly disagree on a matter. Our mechanisms for resolving a conflict might involve calling on one or several members of the Board for guidance. At SAP, Co-CEOship was supported by a strong executive chairman who could settle disagreements and provide focus. Most importantly, we have agreed up front on an approach to conflict resolution.

Even when we have disagreed on a matter, we choose to speak to our team and employees with a unified voice. When we don’t, we sow doubt, confusion and insecurity.

At Jefferies Financial Group, for example, led by Co-CEOs for the last two decades, the top team reports to both leaders who make decisions together. Speaking to one of us, says Brian Friedman, one of the presidents, is considered speaking to both of us.

Even when we have separate portfolios, we are jointly responsible for overall performance. That means we are also accountable for outcomes produced by our Co-CEO, even when they may have fallen short of expectations. We own performance as a team. We do not throw each other under the bus.

8. We Have Full Backing from Our Board.

Our Board is fully committed to the success of having two Co-CEOs. It is philosophically aligned with the benefits of co-leadership. It resists the temptation of favoring one CEO over another. While the Board in its entirety or individual Board members are available to help mediate conflict, if necessary, the Board understands that undue meddling - never helpful in the case of a solo-CEO - will be exponentially more damaging in a Co-CEO structure.

As an Executive Coach, I see on a weekly basis the power of having a sounding board, and how a sounding board helps my clients find clarity and make better decisions faster.

A Co-CEO is a supreme sounding board and thought partner.

Two CEOs can do a brilliant job of keeping each other grounded in times of turmoil and crisis. For 17 years, Chip Kaye was the Co-CEO of the private equity firm Warburg Pincus. He pointedly notes that having a Co-CEO helps individuals keep their egos in check.

That’s not a bad benefit, is it?