Work Is Love Made Visible 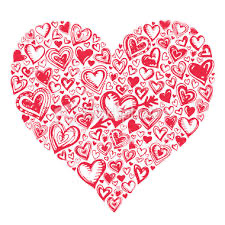 It has percolated in my head for days. This little quote from Khalil Gibran.

Work is Love Made Visible."

I have occasionally reflected on this quote for many years. I remembered it this week as my rage at the fact that a teenager can buy a weapon of war and kill a host of people at will took over.

As I sat at the Dusseldorf Airport a few years ago, waiting to board a plane, I caught a video in one of my of social media feeds. A tarmac worker – you know, the guy that waves the red light sticks to safely guide a plane to its gate – in Rochester was unknowingly filmed as he was ferociously performing his job like a dance on the tarmac:

The video made me weep with joy. It has been viewed by over 17 million people. When Kyran Ashford, the tarmac dancer, was interviewed by his local ABC station he said his goal is to give at least one traveler “30 seconds of positive vibes.”

The power of love made visible. In the midst of performing an entirely routine task.

The pastry chef who hands you the muffin she just baked. The clerk at the bank who greets you with a smile. The Uber driver who gets out of the car and lifts your suitcase into the trunk. The rockstar boss at work who happily mentors you.

It’s a choice. All choice.

I had a conversation with the taxi driver who took me from my Duesseldorf hotel to the airport, back when. The fellow was a Venezuelan who lives in Germany. I’m a German who lives in Florida. We banter back and forth about the benefits of living in the US versus Germany. He has family in Atlanta and knows the US well. I am the sort of German who no longer wishes to live in Germany.

Living in Germany, he declares adamantly, is a choice. I LOVE Germany. And as we pull up to my hotel, he’s the one who says to me Thank you for the conversation.

He gets it, I think to myself. How we feel about where we are. How we do the moment, every moment. Choice. Work is Love Made Visible.

Tarmac man has a hyper-routine job. It’s a choice.

In a world where so many things seem beyond our control, THIS we can do. It IS a choice.

I leave you with the words of David Whyte. Whyte is an acclaimed and wildly prolific Anglo-Irish poet and philosopher. He is the rare poet who speaks not only in bookstores or at poetry conferences but often in corporate boardrooms. Whyte’s now classic book “The Heart Aroused: Poetry and the Preservation of the Soul in Corporate America” topped the best-seller lists in in the United States in 1994.

I think of Whyte as a modern-day Khalil Gibran.

Today I call my representative.

I call the one who represents

floating somewhere over my shoulder, crow

of my hand in the polls,

do I make on the white

landscape of this world that

asks for my blood

and asks and asks as the bandage

till the wound is gone-

it is not through my

that the world is healed.